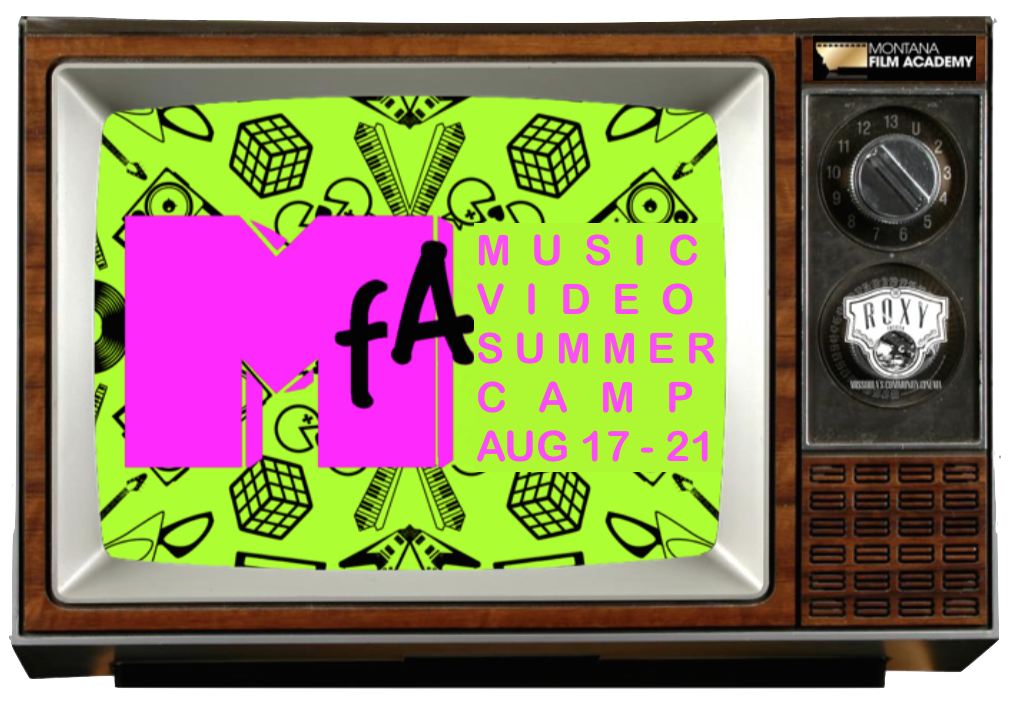 Montana Film Academy is excited to announce that our Music Video Summer Camp for Teens is now OPEN FOR ENROLLMENT.

During the week, campers will create full-length music videos from a selection of songs by local bands. The screening of the videos will take place Friday, August 21st and is open to the public.

Any original songs recorded by camp registrants will also be considered, so if you’ve got your own tune you’d like to create a music video for, don’t be afraid to ask. Just email it to Lily at learn@theroxytheater.org.

This site uses Akismet to reduce spam. Learn how your comment data is processed.